Gabby is South African born but grew up and was educated in Zimbabwe (Rhodesia as it was called then)  She is happily married with three grown children and currently has three grandchildren.

Gabby began her Healing Path in 1990 with a Diploma in Reflexology.  In 1993 she became a Touch For Health Instructor, and is still registered as such with the International College of Kinesiology in Australia. In 1995 she was awarded a Professional status with the South African Foundation of Educational Kinesiology.  In 2000 Gabby became a Faculty Member of the International College of Professional Kinesiology Practice in St. Heliers, New Zealand.  A few years later Gabby started the South African Kinesiology Practitioner College in Johannesburg.

In 2006 Gabby began teaching in Leeuwkop Maximum Security Prison, which she continued for twelve years. She was nominated as a candidate for the Woman of The Year Competition, for her prison work. 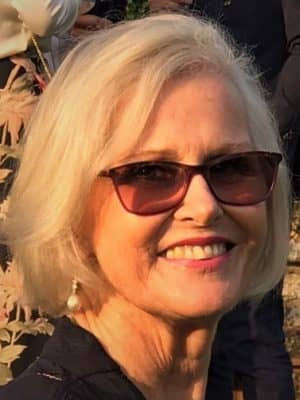 To see this book in the hands of every incarcerated person in the world. She seeks both financial sponsorship and logistical assistance to make this happen. (Please help by buying a book). To take the lessons and Kinesiology techniques to schools (where most of the problems start). To train facilitators to take this course into disadvantaged communities.